Tour of the Dark Realm rescheduled to 2023

Things must to get back to normal at some point, or so it was said last year: Swedish Power Metal force BLOODBOUND announced their upcoming tour for March 2022. The trek would see the band play 13 shows in Germany, the Netherlands, Switzerland, France and Belgium. The tour is now being rescheduled to March 2023.

The band released their 9th studio album Creatures Of The Dark Realm in May 2021 via AFM Records. To still celebrate their latest record, the Swedes are moving their Tour Of The Dark Realm to next year. The package remains unchanged as support comes from their label colleagues ARION, plus newcomers METALITE and VENOITY!

"We were looking forward to this tour for months! We were full of hope for things to change for better until the last minute" says the band. "We have been looking at the situation carefully during the last few weeks of course, though. We have been in contact with the promoters all the time. And we reached a point a week ago or so where we had to accept that the venues in some countries we're going to play are still looking at some restrictions. We've had to make the super hard decision to postpone the tour. To say this is a downer would be the understatement of the year! The good news is, we're happy to share that we have managed to keep the package what it is, and we are even more looking forward to hitting the road with our friends ARION, METALITE and VEONITY. Stay safe and we will see you in March 2023!"

BLOODBOUND have been an integral part of the charts since their last three albums. With their current release, they also made it to number 24 in Germany. The band has long since become a permanent fixture in the scene and represents the new generation of power metal.

ARION have already left an impressive stamp in the current heavy music scene. The Finns, who were founded in 2011, could gather lots of attention with their debut EP and album “Last Of Us” in 2014. Their current studio album “Vultures Die Alone” was released in April 2021 and entered the Finnish charts at number 17. ARION were the special guest on BATTLE BEAST's latest tour in Europe. The band won over the crowds night after night, city after city. “It doesn't take long for ARION to have the last person present in their pockets,” powermetal.de said at the time, and the colleagues from metal.de were no less excited: “With their stage presence - singer Lassi Vääränen clearly is one step ahead - ARION will quickly win over the audience!”

Founded in Stockholm in 2015, METALITE impresses with their new singer Erica Ohlson and the band's melodic-modern metal sound full of character. Up- and- coming VEONITY have stood for energetic Power Metal in the vein of the late 90’s German/Swedish sound since 2013, and will perfectly round up this high class tour package! Make sure to catch the Tour Of The Dark Realm live 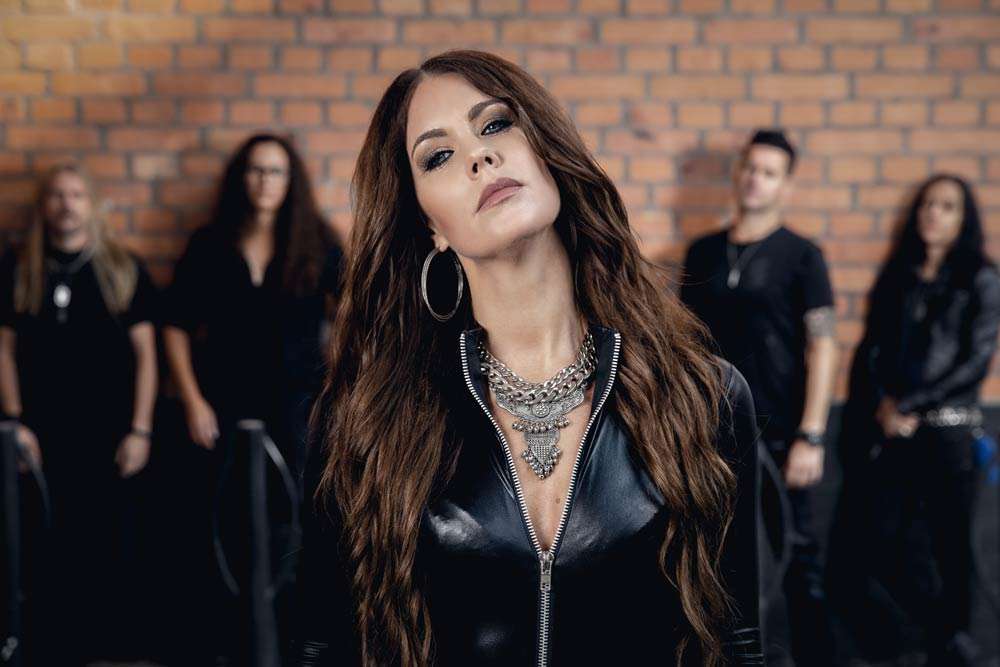 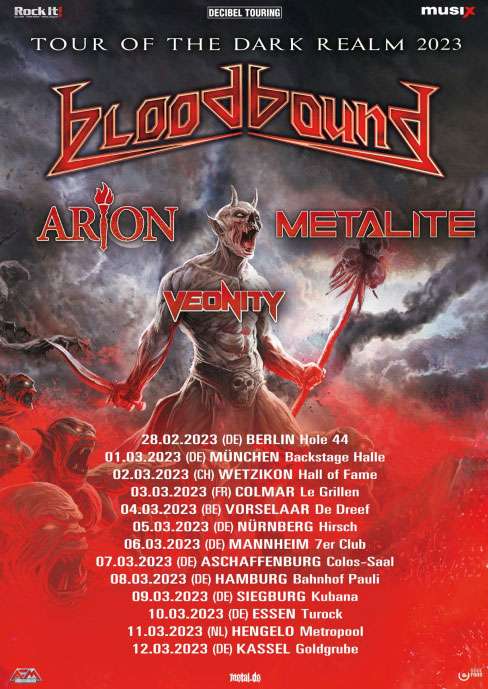