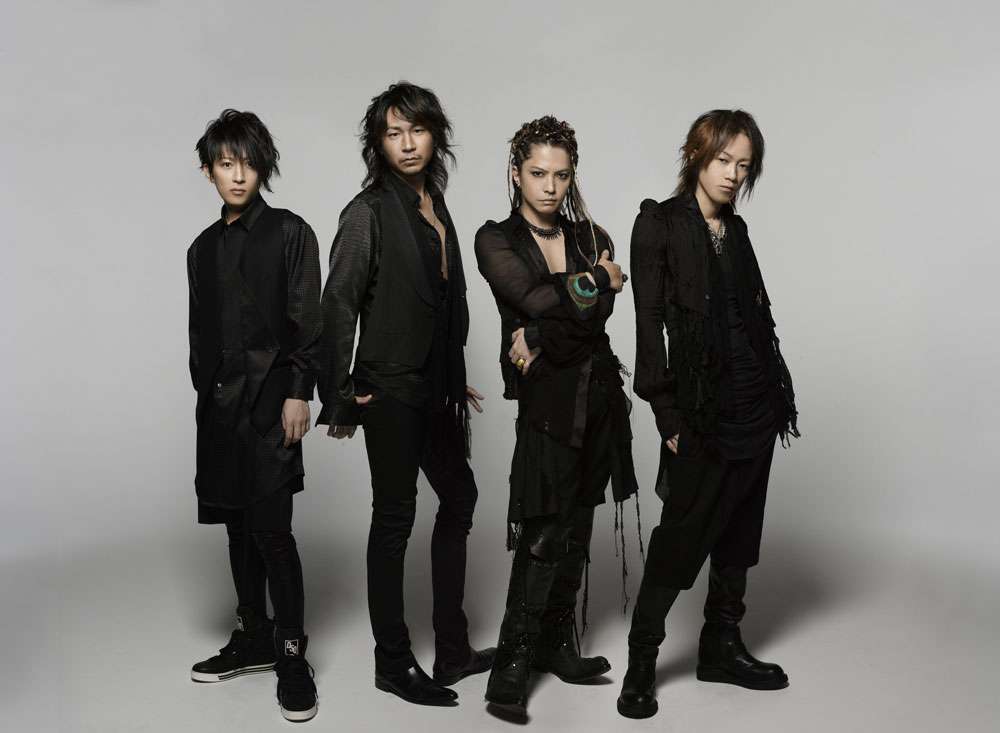 If you hear their unique melodies and edgy sounds even once, you will be captivated. hyde (Vocal), ken (Guitar), tetsuya (Bass), and yukihiro (Drum) make up the band called L'Arc-en-Ciel, formed in 1991. It continues to mesmerize the music scene not only in Japan, but throughout the world. Ever since their debut, it's seemed like the band has reserved a spot on the sales charts, because whatever year it is, they've got a hit song to match the times. In 1999, the band had the unprecedented idea to release the albums ark and ray simultaneously, and the group saw sales of over 4 million units in Japan alone. That year, they embarked on the twelve-performance 1999 GRAND CROSS TOUR, which was attended by 650,000 fans. It broke all kinds of records in the Japanese music scene. The band's music has evolved over the years to become so sexy and provocative that anyone who sees a live performance even once will find their feet compelled to move. So naturally, they've come to be very popular internationally as well. In 2004 the band performed in the USA (Baltimore) to an audience of 10,000 people; starting there, they moved on to Asian shows in China (Shanghai and Hong Kong), Korea (Seoul), Taiwan (Taipei), and then to France (Paris), proving that L'Arc~en~Ciel's popularity extends across borders. In 2011, the band celebrated their 20th anniversary with the two-night show 20th L'Anniversary LIVE at Tokyo's Ajinomoto Stadium to 100,000 fans. The following 20th L'Anniversary TOUR will continue into 2012, becoming a world tour of Hong Kong, Shanghai, Taipei, Bangkok, New York, London, and Paris, before concluding back in Tokyo. L'Arc~en~Ciel, a rainbow in the sky - the day that will captivate the world's fans is soon to come.