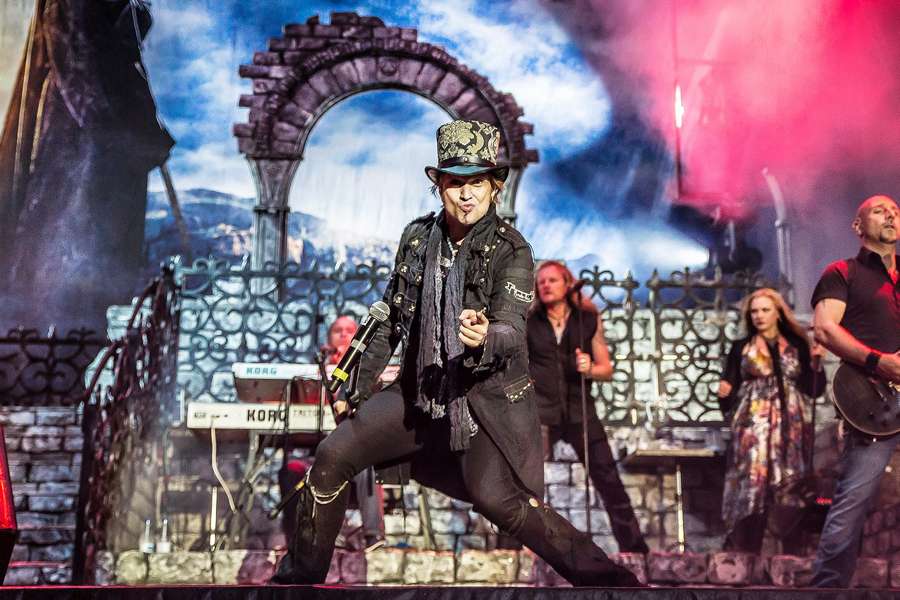 He has sold more than 3 million discs worldwide, he has played more than 600 concerts in almost 40 countries in Asia, North America, Central America, South America, Australia and Europe: composer and vocalist Tobias Sammet is one of Germany's biggest internationally acclaimed artists in recent music history. Tobias first became known as the singer and songwriter of the band Edguy that he co-founded in 1992. In 1999 he founded his side project "Tobias Sammet's Avantasia", an all-star Rock Opera that would allow him to collaborate with superstars such as Alice Cooper, Klaus Meine & Rudolf Schenker (Scorpions), members of legendary bands such KISS & Mr. Big, Helloween, Magnum, Rainbow, Saxon, and many more throughout the years. All of his recent albums entered the top ten charts in countries all over the world. His latest Avantasia-release "The Flying Opera - Around The World In 20 Days" went straight to number 1 in Germany, Sweden and Austria!

Now the 35 year old German is back with another monumental epic. The Mystery Of Time marks the first AVANTASIA release since the 2011 Live-DVD The Flying Opera (which charted all over Europe, topping the charts in Germany, Austria and Sweden).

In 2011 Tobias announced the end of the project into TV-cameras that shot footage for a live broadcast of Avantasia's headlining performance as one of the main acts at the prestigious Wacken Open Air Festival. Now Tobias says about the unexpected comeback of Avantasia:

During our summer tour in 2008 we played to more than half a million fans worldwide. We had fought our way into the upper regions of the charts with hard work, despite the fact we didn´t have major radio support. We were headlining some of the biggest festivals on the planet. Even before that Wacken performance I knew there wasn´t much headroom left and that I should focus on something new to spare me the descent. But it was impossible to quit. I am an artist, I had ideas and felt that I wanted to keep going as long as I saw challenging targets and as long as I could hit new shores. So I hired an orchestra and tried to push the dreamy and fairytale-ish atmosphere to the limit and beyond. I wanted to create a real grown up Rock Opera, but I wanted to keep my music serious kick ass music, first and foremost appealing to true Rockers. I just wanted it to be a little bigger and more opulent than what it used to be. Something between Richard Wagner, Meat Loaf, Queen and a freight-train at high speed!