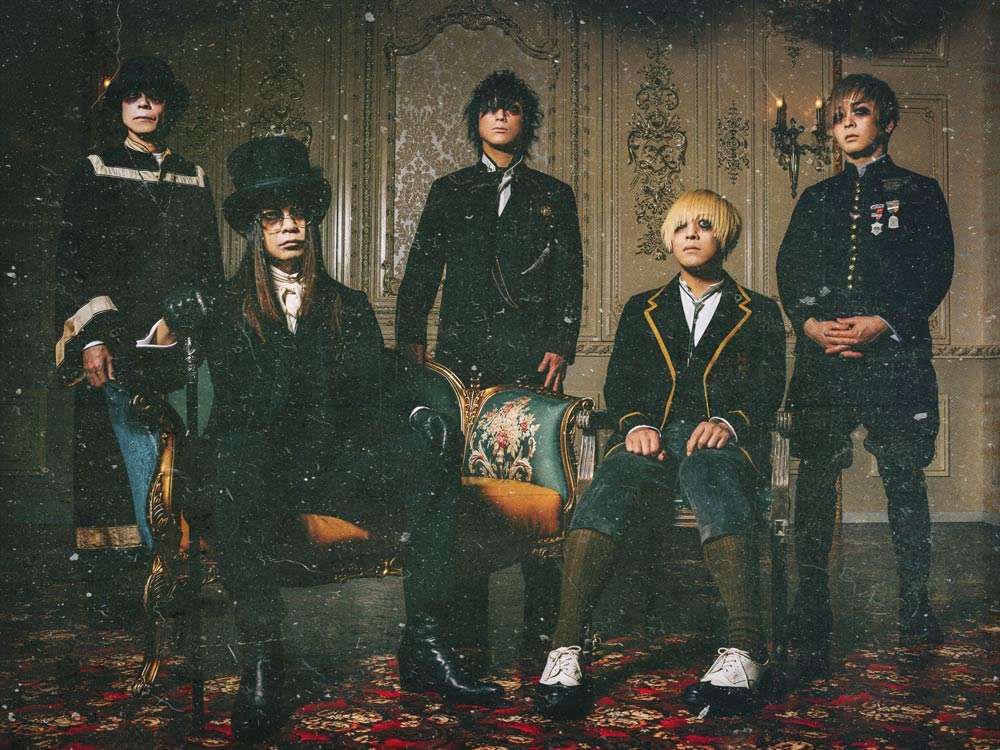 MUCC are Tatsuro (vocals), Miya (guitar), YUKKE (bass) and SATOchi (drums). In February of 1997, Tatsuro and Miya met for the first time and decided to start a band.  With Dr. SATOchi on board, they formed the band in Ibaraki, Japan.  Bassist YUKKE joined in February of 1999.  Since then they have released 20 singles, 17 albums (including mini-albums and Live albums) and six DVD's.  They have played a total of 600 shows since they were formed, including their first Budokan show in 2006.  From 2005 they have also been active with overseas touring. In 2007 they mark their 10th anniversary with a WORLD TOUR (shows in the EU and Shanghai) weekly shows in Japan, and two best-of CD's.  They are also streaming their live shows through Yahoo!, so that their fans the entire world over can watch. All eight albums leading up to their best-of album have been released in the EU and the USA and have sold extremely well. In 2008 they played at the biggest "loud rock" festival/ tour, the ROCKSTAR TASTE OF CHAOS 2008 (INTERNATIONAL), playing 34 shows in North America and then 19 shows in Europe.  At the Japan show they headlined, due to their participating in the most shows on the tour.  They have also played at the Sweden Rock Festival and various shows in the US. The album Shion was released in March and after that MUCC toured Japan, Europe, and North America.  In addition their song Fuzz was used in the soundtrack for the Hollywood film Cloverfield, the top movie in the US at the time. Now big in the West as well as the East, MUCC worked with producer ken (of L’Arc~en~Ciel) to create their single Ageha released in August. In 2009 they released their second single with ken, Sora to Ito in January, which hit number 8 on the Oricon charts in its debut. In March they release the album Kyuutai.

On March 15, 2009, MUCC played at the Budokan for the first time in three years and sold out the show.  They finished their TOUR MUCC JAPAN TOUR 2009 for Kyuutai in May and June, their first all-Japan tour in two years and three months. In August they released their collection of PV's, The Clips ~track of six nine~ and their B-sides album Coupling Best and Coupling Worst.  In October their world tour, MUCC WORLD CIRCUIT 2009 ~Solid Sphere~ covered 11 countries and finished with a show in Tokyo. In December they announced the release of their first digital-release-only song, Diorama. In February of 2010 they held the En 5 event and played big shows at February 14 at NHK Hall, February 17 at NHK Osaka Hall and the WINTER CIRCUIT.  On June 9 2010 MUCC released their single Yakusoku and on September 22 the single Falling Down.  In addition they held the En 6 event in September in Tokyo, Nagoya and Osaka. On October 6 they released their new album KARMA.  Their show at the Hibiya Open-Air Concert Hall in October will kick off a domestic tour dubbed MUCC Tour 2010 Chemical Parade.