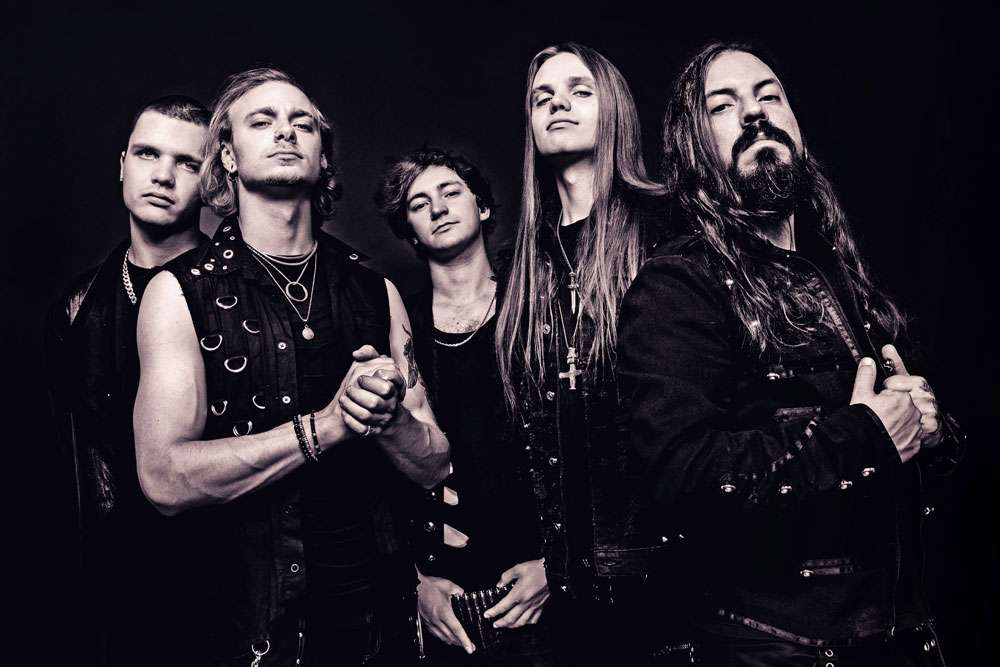 Welcome to the new era of INDUCTION!
Join us in experiencing mystical prophecies, heartfelt stories, outraged rebellion and the lust for life on the band’s sophomore full length album Born From Fire, which will see the light of day on November 25th via Atomic Fire Records.

Founded in 2014, international symphonic progressive metallers INDUCTION left their first mark with the single The Outwitted Consecration (2016) before fully entering the metal world by releasing their self-titled debut album in 2019. Its enormously positive reception helped pave the way to touring across Europe alongside Brazilian power metallers Armored Dawn in November of the same year. It was a notable career start for the quintet that was abruptly halted by the still ongoing pandemic, but the band used the time at home to regain their strength and record this sophomore studio offering.

After signing to Atomic Fire Records in early 2022 and releasing the first two stand-alone singles to get the hype going, the combo now unleashes Born From Fire, filled with 12 progressive symphonic metal anthems and catchy earworms, once again mixed and mastered by none less than Jacob Hansen.

As the world is scorched by flame and consumed in chaos, hope is born, forging the new path to mankind's everlasting paradise. Stories of distant worlds welcome you to rethink how we live today.

“We tried to deliver a good mix of big hits, great melodies, emotions, brutal anger, intricate riffs and arrangements as well as a ton of fun while listening. We are sure this album will convince old and new fans alike of what INDUCTION means. We sincerely hope that everyone finds themselves in some of the songs… “

Graced by a cover artwork from Peter Sallai (Sabaton, Jinjer, Powerwolf), Born From Fire displays a band with a strong new line-up and ready to finally take their hymns to the stage again. Only one day before the release, INDUCTION will therefore join Serious Black on a 9-dates strong tour through Europe, to present their new tracks live for the very first time.

The previously released single Queen Of Light was only the beginning of the melodic journey through the power metal universe, with stories of betrayal, passion, lost love, new beginnings and the hope for a bright future. Join the band now for 12 bombastic tracks that will stay in your ear for the next few days, just take a listen to the stormy opener Born From Fire that instantly reveals the epic vocal range of singer Craig Cairns as well as presenting the band’s virtuosic songwriting and performance skills. If you listen closely, you will even discover a tribute to the late Alexi Laiho.

INDUCTION’s bright future in the world of melodic metal has only just begun.